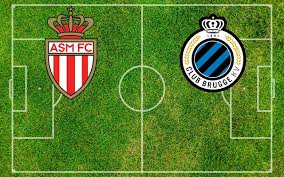 Monaco hosts Club Brugge in a match from Group A of the UEFA Champions League. These are our thoughts about this game at the Stade Louis II.

Monaco have won just one point in the first three rounds of the competition. The French team suffered two defeats against the favourites in the group Atletico Madrid and Borussia Dortmund, before doing a draw agianst Club Brugge in Thierry Henry’s managerial debut in the tournament.

The game at the Jan Breydelstadion in Brugge started with a goal for the French club, which was scored by Mouss Sylva, but less than 10 minutes later the Belgians equalized with a goal from Wesley.

This is a new road for Monaco. The club took the hard decision to sack its manager Leonardo Jardim, because of the bad start of the new season. Jardim was replaced by the legendary Thierry Henry, for whom this is a first stint as a manager.

In the Ligue 1 Henry is still without a win since his appointment at the club. In the three matches in which he was leading the team, Monaco made one draw and suffered two defeats.

Club Brugge are also having one point won in Group A since the start of the competition. The Belgians are 4th in the group, because they currently have a worse goal difference than the Frenchmen. Just like Monaco, so far Brugge suffered defeats against Atletico Madrid and Borussia Dortmund.

In the Belgian First Division A Club Brugge are currently second in the standings, being 3 points behind the leader Genk. In their last five matches in the league, Club Brugge have won just once – against – Oostende.

That’s our look at the Champions League clash between Monaco and Club Brugge at the Stade Louis II in Monaco. We wish you good luck!