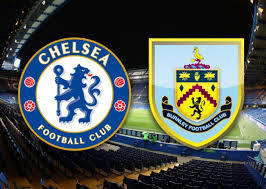 Chelsea hosts Burnley in a game from the 35th round of the English Premier League. This match is going to be played at the Stamford Bridge in London at Monday night. Let’s see.

Chelsea are still leading a fight for a Top 4 finish and another qualification for the Champions League. At this moment the Blues are 5th in the standings with 66 points, but on par with the 4th Arsenal, who have the same amount of points. So far in the league Chelsea have a record of 20 wins, 6 draws and 8 defeats in the league.

In their last five games Maurizio Sarri’s boys are inconsistent, winning three times, but also suffering two losses. In their last game the Blues visited the Anfield and faced the leader Liverpool, but suffered a 0-2 defeat. The result was even after the first half, but then Sadio Mane and Mohamed Salah scored for Liverpool.

During the week Chelsea had a game in Europa League, beating the Czech side Slavia Praha with 4-3 at the Stamford Bridge. 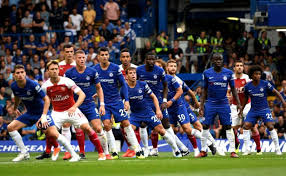 Burnley are 14th in the Premier League with 39 points won so far. Their record in the league goes like this: 11 wins, 6 draws and 17 defeats. In their last five games in the league Burnley lost twice, but now they are in a run of three consecutive wins.

In their last match Sean Dyche’s boys beat Cardiff City with 2-0 at home at the Turf Moor. Both goals in the game was scored by Chris Woods, who will be a big threat to Chelsea on Monday.

Arguably Chelsea are the favourites against Burnley, especially at the Stamford Bridge. But the Blues must be careful here, because Burnley are in a great shape, enjoying a run of three consecutive wins in the league. It won’t be a walk in the park for Sarri’s team.