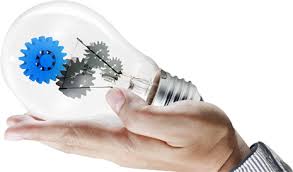 Athletic Bilbao welcomes Olympique Marseille in a second leg from the 1/8-finals of the Europa League. The game is going to be played at the San Mames Barria in the city of Bilbao – the capital of the Basques.

The French team have a serious advantage after the first match at the Stad Velodrome. This game ended with a 3-1 win for Marseille, which puts Athletic in a really difficult situation. Lucas Ocampos scored two goals for the winning side, while Dimitri Payet added one more. The veteran Aritz Aduriz saved Athletic’ chances of progression, scoring a penalty kick for the away team.

For sure it’s going to be very hard for Athletic. It’s really difficult to overcome such a deficit, when you are facing a strong side like Olympique Marseille. If the French side shows its best game in Bilbao, this advantage of two goals could be enough for them to progress.

In the Spanish La Liga Athletic Bilbao are 12th in the league standings. The club still suffers after the departure of Ernesto Valverde, who became the new manager of Barcelona. It’s difficult to replace a manager of this quality and now Athletic are starting to understand it.

In their last five games in La Liga Athletic won twice, lost twice and made one draw. They are inconsistent since the beginning of the campaign.

Meanwhile Olympique Marseille are 3rd in the French Ligue 1. The main goal in front of Rudi Garcia’s team is keeping this position in the Top 3, which guarantees a participation in the Champions League playoffs. For the club it would be great to return to Europe’s biggest competition.

We shall see if this advantage of two goals would be enough for Olympique Marseille. One thing is sure – Athletic still have their chances to progress.