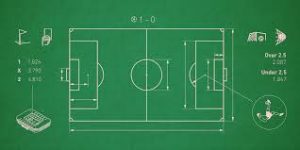 FCSB hosts Lazio in a match from the 1/16-finals of the Europa League. The game is going to be held at the Arena Nationala in the Romanian capital Bucuresti.

FCBS, formerly known as Steaua, reached the 1/16-finals of Europa League after finishing second in their Group G. There they were in the company of Viktoria Pilzen, Lugano and Hapoel Be’er Sheva. They won 10 points, which was enough for them to progress. They finished their participation in the group with a record of 3 wins, 1 draw and 2 losses.

Lazio also played in the Europa League in the autumn. The Italian club won Group K of the competition, being alongside Nice, Zulte-Waregem and Vitesse. Lazio won 13 points in this group and this was enough for progression. Their record was 4 wins, 1 draw and just one loss – against Zulte-Waregem in the last game.

In the Romanian Liga I FCSB are currently second in the standings with 51 points, trailing on two points behind the leader CFR Cluj. They have a record of 15 wins, 6 draws and 3 losses in the league. In their last five matches FCSB won four of them and made one draw.

In the Italian Serie A are currently 5th, continuing their fight for a qualification to the Champions League. Simone Inzaghi’s boys have won 46 points in the league so far, trailing on just one point behind the 4th Roma. They have a realistic chance to qualify for the CL, but every point until the end of the season is going to be crucial.

This is our examination of the Europa League game between FCSB and Lazio. The Italians are favourites here, of course, but don’t underrestimate FCSB – Steaua have always been good in the European competitions.