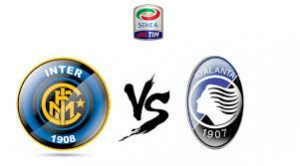 Inter welcomes Atalanta in a match from the 13th round of the Italian Serie A. And it should be a really good game.

Inter are doing very well since the club appointed Luciano Spalletti in the summer. Right now the Nerazurri are 3rd in the Serie A standings, being on just two points behind the leader Napoli. Alongside them, Inter are the only unbeaten team in the league so far. This is a huge improvement for Inter, especially compared to the last few seasons.

Now Inter are once again a contender for the title and their goal is to remain one. But if they want to keep this status, they shall continue winning on a regular basis. They couldn’t do it in the last round of the Serie A, when Inter lost two points during the home game against Torino (1:1). Now it’s time to fix the mistake, although it won’t be easy against a decent team like Atalanta.

Atalanta had a terrific last season in the Serie A, but now they are having some difficulties. Gian Piero Gasperini’s team is 10th in the league standings, having a record of four wins, four draws and four losses. Atalanta are more inconsistent now, than they were during the last campaign. Can they bounce back? Most certainly they’d like to.

Inter are having a serious worry before the game. The team’s captain Mauro Icardi is having problems with his knee, which could force him out of this game. It’s still not certain, but the Argentine striker is doubtful for the clash. This is a serious problem for the manager Spalletti, because Icardi is one of Inter’s most important players.

Meanwhile Atalanta can’t use the injured Leonardo Spinazzola, but Alessandro Bastoni and Joao Schmidt recovered from their last injuries and they are ready to return on the pitch.