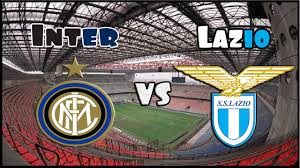 Inter hosts Lazio in the most interesting game from the 19th round of the Italian Serie A.

Inter are obligated to win this game, if they want to stay in the title race. Right now Inter are third and trailing on 8 points behind the leader Napoli, but still with a game in hand. A win over Lazio would keep them in the fight, but if they lose points, this would mean that it would be very difficult for them to return on the top.

In their last five games Inter are struggling. They are currently in a run of three consecutive games without a win, losing two of them – against Udinese and Sassuolo. This is an unexpected crisis for the Nerrazurri and it’s Luciano Spalletti’s job to find a way to get the team back on the right path.

Lazio on the other hand are currently 5th in the league with 36 points. They are on just two points behind the 4th Roma, so their hopes of Champions League football are still alive. They have a record of 11 wins, 3 draws and 3 losses. In their last five matches Lazio are a little bit inconsistent, winning only twice – against Sampdoria and Crotone.

This is going to be a tough test for both teams. Inter do not have any other choice, but to return on the winning ways. Meanwhile Lazio can’t allow themselves much more mistakes, if they want to beat Roma for the Top 4 and to qualify for the Champions League.

For this game Inter will be without the injured central defender Joao Miranda, while the midfielder Joao Mario is doubtful with an injury.

Lazio could be without Mauricio dos Santos Nascimento, who is still under a question for the manager Enzo Montella.

This is a very interesting clash in the Italian Sere A. And you can be sure that it’s very important for both Inter and Lazio.