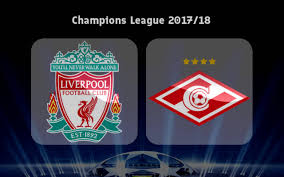 Liverpool are very close to clinching the first place in this group. The Reds are leaders in the group with 9 points won so far and one point advantage in front of Sevilla. The manager Jurgen Klopp and his boys know that three points against Spartak will mean winning the first place and eventually being at better position during the draws for the 1/8-finals.

Liverpool are hosting Spartak after a dissapointing performance against Sevilla at the Ramon Sanchez Pisjuan in the last round. Against Sevilla Liverpool had a three goals advantage, but they also conceded three times for a dramatic 3-3 draw. During this game we once again saw Liverpool’s problems in defense. If Jurgen Klopp doesn’t find a solution to this problem, The Reds would have some serious problems during the knockout phase of the Champions League.

Spartak Moscow on the other hand are in a difficult situation after the draw against Maribor in the last round. Now the Russian champion is third in the group with 6 points and trailing on two points behind the second Sevilla. If they want to qualify for the 1/8-finals, Spartak must win against Liverpool at the Anfield and hope that Sevilla will lose against Maribor in the other game.

How you could see, it’s very difficult to think that the Russians could find a place at the 1/8-finals of the competition. Most likely they will finish third in this group and qualify for the Europa League. They had their chances for something more in this group, but the two draws against Maribor are most likely going to be fatal for their ambitions.