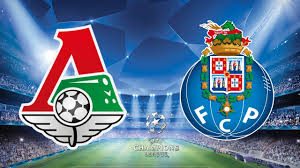 Lokomotiv Moscow welcomes Porto in a game from Group D of the Champions League. Let’s take a look at this clash in the Russian capital on Wednesday night.

Lokomotiv are the underdog in this group since the start of the group stage. The Russian champion is still without a point in the group, losing its first two matches against Galatasaray and Schalke 04. It’s also very unpleasant that for 180 minutes of playing, Lokomotiv were unable to score even one goal so far. Surely this was not the start they were hoping for, when they entered the competition.

In the Russian Premier League Lokomotiv are also having some trouble. Right now the champions are 4th in the current standings, trailing on 7 points behind the leader Zenit. But we have to say that they are in a good form lately, winning all of their last three matches against Akhmat, CSKA and Rostov. The question is – can they transfer this positive form to the Champions League, too?

Porto are the leaders in this group with 4 points won so far. They are on par with Schalke 04, but having a better goal difference than the German team. The Dragons started their campaign with a 1-1 draw against Schalke in Gelsenkirchen, which was followed by a tough, but a very important 1-0 win over Galatasaray at home. Moussa Marega scored the only goal for the night, just 4 minutes after the halftime break.

Lokomotiv Moscow are looking for their first points in the competition for this season, but it won’t be an easy task against Porto. The Portuguese team is leading the group, but the Dragons also have a lot of experience in this competition. The Russian side must show its best football, if they want to win against Porto and ressurect their chances for something more in the group.