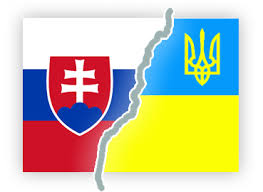 Slovakia faces Ukraine in a match from Group 1 of League B in the UEFA Nations League. Let’s take a look at this clash in the city of Trnava.

Slovakia didn’t start the Nations League very well, losing both of their games so far. First they suffered a 0-1 loss against Ukraine away from home. After they tried to bounce back with a positive result, but suffered another loss, this time at home ground – 1-2 against Czech Republic. The team’s superstar Marek Hamsik scored in Tomas Vaclik’s net, but this goal was not enough for the Slovakians for at least a point.

In order to keep their chances of avoiding finishing last in this group, Slovakia need to beat Ukraine in this one. It won’t be easy, because Ukraine are the leader in this group, being perfect so far with 9 points from 3 games played.

Andriy Shevchenko’s team started its campaign with a 2-1 win over Czech Republic in Prague. This was followed by a 1-0 win against Slovakia at home and another win at home – 1-0 against Czech Republic.

The Ukrainian team already won this group, but it doesn’t mean that Shevchenko’s boys are going just for a holiday in Slovakia. Nope. We expect to see them as motivated as ever, because playing with the national shirt is always a huge honour.

As for Slovakia, Stefan Tarkovic’ team won’t be much happy with finishing without a point in this group. So far things are not going well for them, but this is football and everything can change veyr quick. That’s why this sport is so interesting, right?

That’s what we had to say about the Nations League clash betweem Slovakia and Ukraine in Trnava on Friday night. Will Ukraine underrestimate this game after winning the group? We shall wait and see.