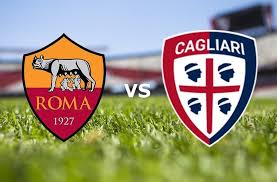 Roma hosts Cagliari in a game from the 34th round of the Italian Serie A. Stay with us, because we are going to have a look at this fixture at the Stadio Olimpico on Saturday evening.

Roma are now fighting hard to return to Top 4 and qualify again for the Champions League. Right now the Wolves are 6th in the table with 55 points, but only one point behind the 4th Milan. One thing is for sure – it’s going to be really interesting what will happen in the Top 4 race in the Calcio this season.

Since their crushing 1-4 defeat against Napoli at the Olimpico, Roma are unbeaten in their last four games – two wins and two draws. In their last game Claudio Ranieri’s boys had a tough visit to Inter at the San Siro, but still they managed to win a point with a 1-1 draw. Stephan El Shaarawy opened the score for the visitors, but Ivan Perisic equalised for Inter.

In the same time Cagliari are now breathing more calmly, after securing their survival in the league. Being in a really good shape lately, now the Rossoblu are 10th in the league standings with 40 points. They have a record of 10 wins, 10 draws and 13 losses since the beginning of the season. 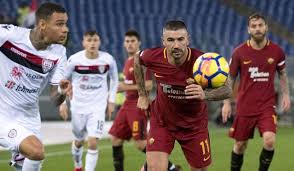 In their last five games in the league Cagliari lost only once – against the champion Juventus. They also celebrated three wins and made one draw. In their last game Cagliari faced Frosinone at home and enjoyed a 1-0 win, thanks to a winning goal by Joao Pedro from a penalty kick.

Roma are the obvious favourite against Cagliari, but be careful with the visitors – they are in a solid shape lately, showing some good football. Most likely it’s not going to be very easy for the Wolves.