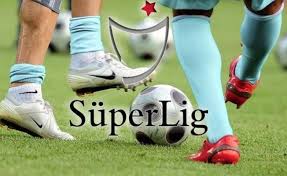 Galatasaray hosts Besiktas in a crucial game from the 31th round of the Turkish Super Lig.

Galatasaray are currently leading the standings with 63 points, while Besiktas are second with 62. They are on par with the third Istanbul Basaksehir, who have the same amount of points won so far. These three teams, alongside Fenerbahce (60 points) still have a chance to win the title.

Galatasaray have 63 points and a record of 20 wins, 3 draws and 7 defeats. In their last five games they are showing a little bit of inconsistency – three wins, one draw and one loss. Recently they surprisingly lost against Genclerbirligi, but after that they redeemed themselves with two consecutive wins over Istanbul Basaksehir and Alanyaspor.

Besiktas on the other hand are just one point behind, having 62 points and a record of 18 wins, 8 draws and 4 defeats. After their loss against Istanbul Basaksehir, Besiktas are flawless – four consecutive wins over Alanyaspor, Goztepe, Akhisarspor and Yeni Malatyaspor.

This is one of the greatest games in Turkish football which always captivates the attention of the fans. Right now both teams have a chance to win the title, which guarantees a big spectacle.

In Galatasaray’s team we can highlight the presence of the French striker Bafetimbi Gomis, who have scored 27 goals in the league since the beginning of the season. Gomis is the main offensive force of the home team and he will be the great danger for Besiktas’ defense. The dangerous winger Garry Rodrigues is another player who Besiktas’ defenders have to watch out for.

Besiktas are going to rely on their Brazilian star Talisca, who have scored 13 goals in the league since the beginning of the campaign. He seems to be main man in their team at the moment.

This is our look on the Super Lig derby between Galatasaray and Besiktas. Good luck!