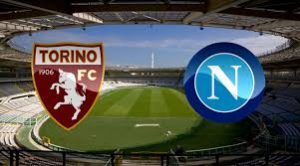 Torino welcomes Napoli in a game from the 5th round of the Italian Serie A. Let’s have a look at this clash at the Stadio Olimpico in the city of Turin.

Torino are 11th in the Serie A standings at the moment, having 5 points and a record of one win, two draws and one defeat. The Bulls kicked off their season with a loss against Roma, but this was followed by three consecutive matches without a loss against Inter (draw), SPAL (win) and Udinese (draw).

In the previous round Torino travelled to Udine to face Udinese. The game at the Dacia Arena ended with a 1-1 draw. Rodrigo de Paul opened the score for Udinese, but Meite equalized for Torino and allowed them to win a point from the game.

Napoli are a completely different deal, fighting for the title. Or at least for a Champions League qualification. Led by the legendary Carlo Ancelotti, they started the new season with with three wins from the first four games. The only loss they suffered was during the visit to Sampdoria.

In the previous round Napoli achieved a 1-0 win against Fiorentina at home. The only goal in the game was a late one, scored by the Italian international Lorenzo Insigne.

This is our look at the Serie A game between Torino and Napoli at the Stadio Olimpico in Turin. Napoli are favourites to take the win, of course, but Torino will give them a fight, especially at home. Let’s see how this one is going to go.