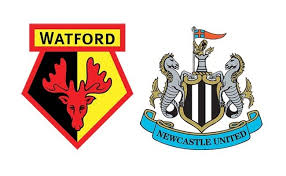 Watford hosts Newcastle United in a game from the 37th round of the Premier League. Let’s have a look at this clash.

Watford are 13th in the Premier League with 38 points won so far. They have a record of 10 wins, 8 draws and 18 defeats since the beginning of the season. In their last five games Watford are without a win – two draws and three losses. Including against Tottenham in the previous round.

Watford are not consistent lately and they are still not completely safe from relegation. If they are not careful, they can regret a lot at the end of the season. They are in a dangerous situation right now and they need to improve in these last few games of the campaign.

Newcastle United on the other hand are 10th in the Premier League with 41 points won so far. Rafa Benitez’ team made enough to guarantee itself its place in the league for the next season as well. Newcastle had some serious trouble in the beginning of the campaign, but now they are much more calm about their future in the league.

Right now Newcastle have a record of 11 wins, 8 draws and 16 defeats. In their last five games the Magpies won three times, but also suffered two consecutive losses against Everton and West Bromwich Albion. Maybe Newcastle are not in their best shape at the moment, but at least they are safe from relegation. And this is the most important thing for Rafa Benitez and his boys.

These are our thoughts on the Premier League game between Watford and Newcastle United. Watford have the home ground advantage here and they will try to use it. We can say that both teams are not in their best shape at the moment, so it’s going to be interesting.